This Thursday, we look back upon one of our favorite players of all time in Kobe Bean Bryant. With 20 seasons playing for the Los Angeles Lakers, Bryant was able to give us many memorable moments and we look back upon many of them here…

What Made you a fan of Kobe Bryant?

LaMarr: I was a Laker fan growing up, and I still am to this day. What made me a fan of Kobe Bryant was watching his high school highlights and hearing the story of Bryant lighting up Lakers legend Michael Cooper in a pre-draft workout with the Lakers. I loved Kobe’s confidence and swag. I even bought the first pair of Kobe shoes when they came out even though I hated Adidas.

Kobe was doing everything he could to try to keep the Lakers afloat till Shaq was able to come back. I even have the special edition jersey honoring the streak. 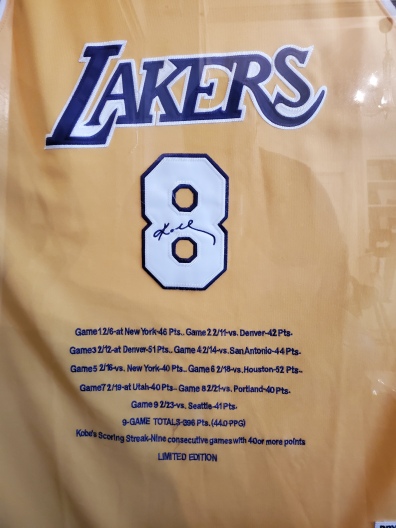 LaMarr: For me, it is Game 4 of the 2000 NBA Finals against the Indiana Pacers. Shaq had fouled out with under three minutes to play. Kobe, at the age of 21, took over game hitting two jumpers and clutch rebound and put back to help led the Lakers to a win and a 3-1 series lead. That moment was when I knew Kobe had truly arrived. 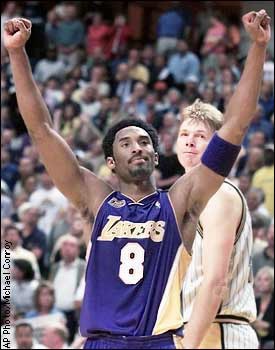 What made you a fan of Kobe Bryant?

Nick: I’m a 90’s baby. So I wasn’t able to witness the greatness of Michael Jordan and those Bulls teams. But I was able to witness another version of Jordan during the 2000’s growing up. Kobe Bryant was just that to me. He had a competitive fire that was within him and always found a way to win games. After watching Kobe during my adolescence years, he slowly became my favorite player and a role model.

Nick: My favorite regular season moment was in 2007 against the Portland TrailBlazers. With the Lakers trying to keep themself afloat to make the playoffs, Kobe dropped a monstrous 65 points in the game and hit some very difficult shots to seal the deal. He had the Staples Center rocking like always and his performance carried over the next three games where he scored 50, 60, and then 50 again. Kobe was always a guy you could call upon when his team needed a dominant game. 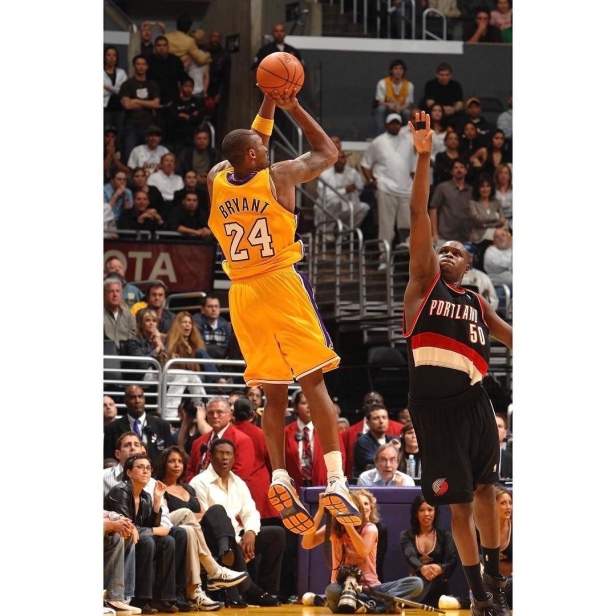 Nick: As crazy as it sounds, my favorite playoff performance from Kobe ended up in a losing effort. In Game 5 of the 2010 NBA Finals, the Lakers were struggling coming into the 2nd half and Boston was having their way with them. That’s when Kobe flipped the switch and just took over from there. Kobe would score 19 straight points for the Lakers in about 5 minutes keeping the team close during the course of the game. But unfortunately his hot scoring couldn’t bring them all the way back as the Celtics defeated the Lakers 92-86 to give themselves a 3-2 series lead in the Finals.

When I saw this moment I realized that Kobe was different from any human. Many players like to keep running plays in the offense during times like that. But Kobe demanded the ball so he could take over. It’s safe to say that if Kobe did not do what he needed to do by going on his scoring streak, the Celtics could have possibly blew them out the building. Although this game was a loss, it just shows that Kobe was a different breed and he didn’t take losing lightly at all.

The loss of Kobe still lingers for many of us. For those who have been Laker fans for many generations, some were able to watch a 17 year old rookie not see the court on many occasions to becoming one of the greatest players of all time.

Kobe was truly a legend of them all. He worked harder than everyone else and loved the game of basketball dearly. His love for the game was able to inspire many NBA players today who admire his work ethic from afar.

Kobe may be gone; but he surely won’t be forgotten. He left a legacy that will be remembered for centuries to come. From here on out, we all should have the Mamba Mentality for everything that we do in life. 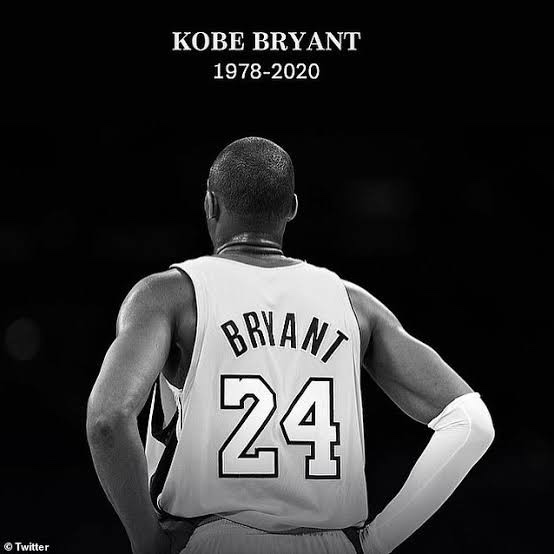